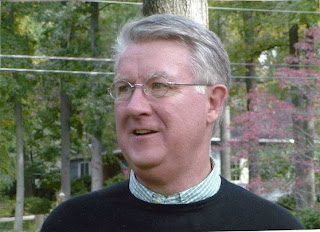 I lost my brother two months ago, to cancer. For a long time I've struggled to find words to help me come to terms with this huge loss, but everything falls short of expressing what needs to be said. First of all, I could tell a bit of the story. Dick got kidney cancer a few years back, and it recurred about 3-4 years ago, in his lungs. Over time, it spread to other places in his body, until he was unable to live any longer. He died on June 29 at the age of 63. He was the youngest of my three younger brothers, and the sunniest of the four of us. He is survived by his lovely wife, Marnie, who was with him for 36 years; by three fine sons, all married; and now two small grand-daughters.

Dick was a monumental hero in my life, the best of men, the best of human beings. He danced his life with exquisite grace. At all times, he balanced his ability to be utterly serious and committed to the task at hand with his gift of lightness, humor, playfulness. We saw this again and again, in his role as a parent, a worker, a craftsman, a neighbor, and a husband. It was especially evident in the way he died. Each week he devised small projects for himself. He made gifts for people, copied paintings he admired, spent hours setting his financial and legal affairs in order, made home repairs, baked some of our mom's most remembered recipes, did research about parts of the family history that had not been uncovered, and spent hours writing his own obituary and planning his memorial service. He continuously set small goals for himself, and managed to meet every one of them except the last one, to live until his second grandchild was born, two weeks after he died.

He endured his illness with amazing courage, volunteering for a series of experimental drug tests once it was determined that there was no hope for a cure. These drugs caused a wide range of miserable side-effects, and yet he persisted because he believed that he might make a difference for somebody in the future. He never complained or felt sorry for himself, but used each day and each hour to get his life in order, deepen his loving relationships with his family, and marvel at each hour he got to live. He looked at death as a new adventure, and was fearless in the face of it. 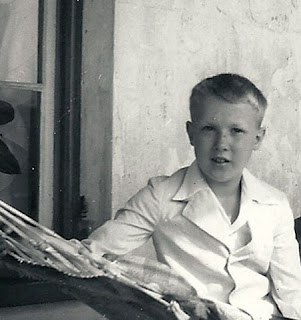 I always remember him as the happy little brother in our family, whose white-blond hair and sunny disposition were so striking. He loved music and made his own guitars, carefully carving inlaid designs into the surface. He wove baskets, baked pies, loved to fish and to wander off into the woods. He was the quarterback on our high school football team, and always had a swarm of admiring girls around him. He was as good a humorist and writer as anyone I know of, and left behind a box of letters that I hope someday will become a book, so that all the world will know of his quicksilver wit and verbal agility. His creativity and talent was outstanding. But most of all he was a loving, strong, and deeply ethical human being. In a quiet way, he took care of many other people in his community, never seeking any reward for himself in the process.

I have many cherished memories of him. He and I sailed across the Atlantic together in 1965 on a small passenger ship. My parents had assigned him to be my chaperone (!) and he and I both were happy to discard that role as quickly as possible. Years later he flew to California for my son's wedding, and helped us collect and arrange flowers, put up tents, string lights, and take care of the many "gopher" jobs that come with organizing a wedding on a remote farm. He took me to his local airport one day and sent me up in a one-passenger biplane for a little flight designed to deal with my fear of heights - an amazingly scary but successful moment for me, and a great gift from him. I have hundreds of wonderful memories of Dick, and every day I think of the sound of his voice, the shape and strength of his beautiful hands, the way he flavored his days with choice bits of music. He has been my rock and I will miss him every day for the rest of my life. I'm so sad to have him gone, and at the same time grateful for all he has given me. There are some video clips of Dick talking about his life here, if you are interested. They were put up by his son, Peter, who spent time in the months before his Dad's death making these recordings. 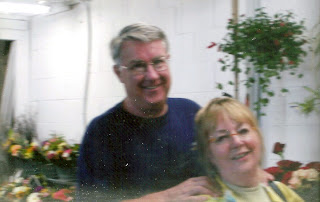